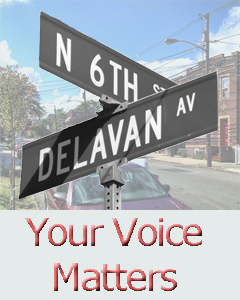 Developer postponed discussion on the application!

About 16 residents attended the Monday October 4th planning meeting in City Hall only to be told the developer had made a late withdrawal and the discussions would be postponed until the next planning meeting.

So a big thank you to all those who made the effort to attend and to those who provided written comments.

Apparently it is not unusual for the developers to postpone, particularly if they are not confident about getting approval.

In an ad-hock meeting outside the council chambers many of the residents had a chance to meet their neighbors and discuss this development. It seems there are significant and strong feelings that the site should be used for an appropriately sized development in keeping with the scale of adjoining properties. Parking was also a major issue and everybody agreed to campaign for a development that would not decrease the current on-street parking for local residents.

Watch this space for the latest developments and plans to form a local community action group.